This is the first in what I hope to be a long series of regular weekly updates about what Pack 770 has done and has planned. My hope is to keep parents and leaders abreast of all that happens in Pack 770 and to build some enthusiasm for attending the numerous scouting functions put on at the pack, district, and council levels.

Halloween
We had our annual Halloween Party at Huber Ridge Elementary on October 25. This party was made particularly exciting by the presence of the Westerville Board of Education meeting down the hall. Nothing like a bunch of loud young lads, in costume, jacked on candy, and actually at a party to set the tone for a Board of Education meeting. Of course, the boys were well behaved and the staff at the school reported that they couldn't even hear us down the hall. Personally, I credit the sound-proofing because the kids were all pretty enthused about pizza, pop, door prizes, and -- at the very end -- wrapping their  Cubmaster in toilet-paper like a mummy!

Scouting for Food
Scouting for Food was also a big success thanks to the hard work of Lisa Meredith, an Assistant Scoutmaster from Troop 192 and a former Den Leader for Pack 770. Her and the cub and boy scouts went out on Halloween during the day to place bags all over the Huber Ridge Area asking for donations for Scouting for Food. Together, they canvased the entire neighborhood in about 4 hours. The following Sunday the boys went out in force and gathered tons (litterally) of food to be donated to a local food pantry. Thanks to our pack and Troop 192, there are families that can have a Thanksgiving dinner dignity this year.

Popcorn
Popcorn sales started at the end of September and are almost done. Tomorrow, November 8th, is the deadline to get your order forms turned in. Ryan and Dave will be at the Pack Committee Meeting at 7:30 pm at Huber Ridge tomorrow if you want to turn your forms in there. Or, you can give them to your Den Leader and they will get them to Ryan or Dave.

Dave will have the popcorn at his house to be picked up on Saturday, December 4th and will call you when it is all sorted out. The popcorn litterally takes over an entire room in his house so when he calls for you to pick it up, please get there as soon as you can. His service to pack in this manner is very significant as it is our primary fundraiser for the year and we couldn't do it without him.

Once you have the popcorn, the money for it is due December 13th. Again, give this to Ryan or Dave. Some of the prizes earned (the ones the pack purchased) will be given out at the pack Christmas Party on December 13th. The prizes from Trails End may not arrive in time for Christmas and usually are given out in January. Hey! Two Christmases!

Civitans Pizza & Subs
The Westerville Civitans (that's our Chartered Organization) are having their annual pizza and sub sale as their primary fundraiser on Wednesday the 10th. While it's probably a little late to order, it might be worth a try if really you want some pizza or subs. Also, if anyone wants to help out they can join Troop 700 (that's our sister troop in the Civitans) in making subs and pizza. Just meet at the Westerville Community Center at 7:00 pm.

Thanksgiving
Our annual Thanksgiving Potluck is on November 22nd. This is a pack meeting and so we will have a brief flag ceremony before hand, give out some awards, and then dig into turkey, ham, and lots of tasty sides that y'all bring. What should you bring? Bring whatever you are excellent at making. If everyone does that, it'll be the best feast you'll ever have had.

Whew! That's a lot of stuff but it's all for this week,
Posted by Anonymous at 12:17 AM No comments: 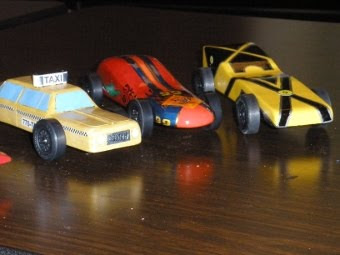